There seems to be a never-ending debate on whether pickleball is a professional, real sport or not?

The naysayers believe pickleball is too easy to be a sport, which is simply not true. Therefore, in this article, we will give six reasons why pickleball is a professional sport and counter some arguments.

Since younger people are getting into pickleball, they are particularly interested in knowing if they can make a career out of it. To give you an idea, according to U.S. Sports and Fitness Industries Association (SFIA), pickleball is the fastest growing sport, with 39.3% participant growth.

You can read here to learn more about Pickleball Popularity Statistics and Demographics.

Now let’s dive deep and see why pickleball is a professional sport.

Is Pickleball a Professional sport?

Yes, pickleball is a professional, real sport. It is played on a court by singles or doubles with proper gear. You can either play inside or outside.

Just like most other sports, it also started as a recreational activity. Three friends, Joel Pritchard, Barney McCallum, and Bill Bell, wanted to provide some fun activities for their bored kids. So they invented pickleball in 1965.

Over time many rules, terms, and gears are introduced to make it an easy and fun game. And today, more than 1% of the American population is playing and enjoying this sport.

Why is Pickleball a Real Sport?

Many people who are not very fond of pickleball don’t consider it a real sport. Meanwhile, Cambridge Dictionary defines sports as,

a game, competition, or activity needing physical effort and skill that is played or done according to rules, for enjoyment and/or as a job.

Most other dictionaries define it similarly. So if this is the criterion and common belief about sports, it’s clear that pickleball meets the requirements.

Let’s see some other solid arguments in favor of pickleball.

Pickleball combines three sports: badminton, tennis, and ping pong. It’s quite similar to tennis but played with ping-pong-like paddles on a badminton-sized court.

There are many similarities and standard rules among these games. Meanwhile, pickleball has some unique rules and terms only associated with it.

If these three games are all considered to be real sports, there’s no reason pickleball shouldn’t be termed as one.

USA Pickleball Association (USAPA) was formed in 2005, after realizing that no sport can be played without a governing body and a set of rules. The organization published its first rule book in 2008. That was the first time when National Senior Games Association added pickleball.

The International Federation of Pickleball (IFP) was established in 2010 to govern and develop pickleball in other countries. There are 60 member countries now, and the number is increasing. IFP is also responsible for conducting international tournaments and events.

The presence of international and national governing bodies shows that pickleball is a serious sport, not just a pastime.

Like any other sport, many pickleball tournaments and events are conducted in the U.S. with decent prize money. These events attract many pro players from across America.

APP tournament is for professional players, sanctioned by the USA. Players with membership get ratings and prize money in APP.

PPA is a non-sanctioned but highly-popular tourney. Some of the best players like Ben Johnson, Tyson McGuffin, and AL Waters are playing in it. No membership is required, and there is no rating even if you do well.

4. Pro Players are Making a Living Out of Pickleball

A professional player can make around $50K a year. With lucrative sponsorship deals, their earnings can be much higher.

But there are other opportunities for pickleball players to earn money. Furthermore, some players do coaching and train new players. Similarly, a big chunk of their annual income can come from gear sponsorship.

We have discussed all how much pro pickleball players make. You can check it to get a better idea.

Pickleball has its unique gears. The pickleball paddle is smaller than a tennis racquet and bigger than a ping pong paddle. It is made of wood, graphite, or composite materials and comes in various shapes and weights.

The pickleball ball is made of plastic with many holes in it. It is often referred to as a ‘wiffle ball’. Similar to other professional games, there is a net and a court. Though the pickleball court is much smaller than tennis, it is the same size as a badminton court.

6. Part of the Olympics?

Pickleball is not part of the Olympics yet. However, with all the efforts of USAPA and IFP, this is expected to change in the 2028 Olympics.

Baseball, softball, karate, skateboarding, sport climbing, and surfing are added to the 2020 Olympics. And we hope that pickleball will be a part of the 2024 or 2028 Olympics.

Why Do People Consider Pickleball Not To Be a Professional Game?

Many people who don’t think pickleball is professional sports have their arguments and reasons.

Let’s see if their arguments are valid.

1. Pickleball is Easy and Physically-Less Challenging

Many people think that pickleball is easy and physically less challenging. Unlike tennis, all you have to do is, stand and hit the ball on a small court.

Pickleball is indeed an easy-to-learn game. People with or without athletic backgrounds can learn and start to play within no time. But it is not easy to master.

A significant level of practice and physical effort is used to become a pro-level player. You have to be quick with your physical and reaction time and learn new techniques and skills for winning a rally.

2. Pickleball has No Health Benefits

Another objection is that pickleball has no health benefits, like tennis and many other sports. That, however, is not true. Tennis BC debunked this myth as well.

‘Tennis and Pickleball develop coordination, balance, flexibility, strength, speed, endurance, and agility. These characteristics allow pickleball and tennis players to stay active, have fun, and maintain their quality of life well into their 80s and 90s.’

3. Pickleball is Loud and Noisy

Another complaint people have is about the popping noise of pickleball. Some communities don’t even allow pickleball.

The best and most affordable solution, for now, is to use quieter paddles. Many paddles are introduced in the market to reduce sound.

Many people don’t consider pickleball a real game for various reasons. According to some, it is not tennis, so it’s not worth playing. While some are not happy with the game’s name. Others have complaints about court size and so on.

None of these reasons are convincing enough to believe that pickleball isn’t a sport.

Contrary to what others say, we find this sport a professional one. It is simple to learn, but hard to master. You may play professionally or recreationally, but it’s unfair to say that it’s not a real sport. It’s no secret that Pickleball is USA’s fastest-growing sport. But how fast is it exactly growing? What are the pickleball demographics? And what’s the number of pickleball players? In this post, we’ll answer all such questions and will share pickleball popularity statistics and demographics. Best of all, we’ve visualized the data in the form of… 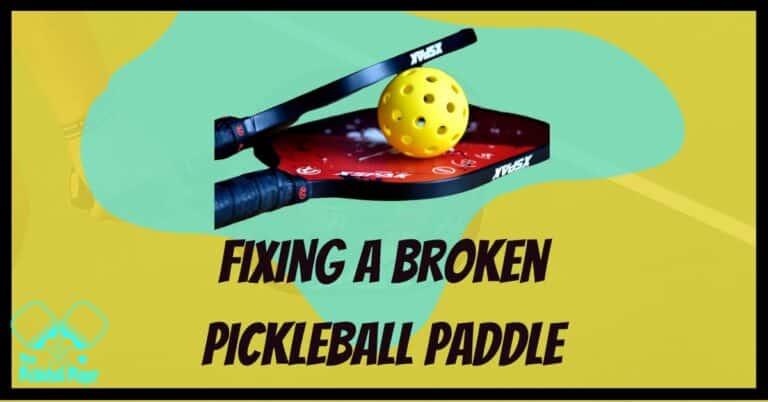 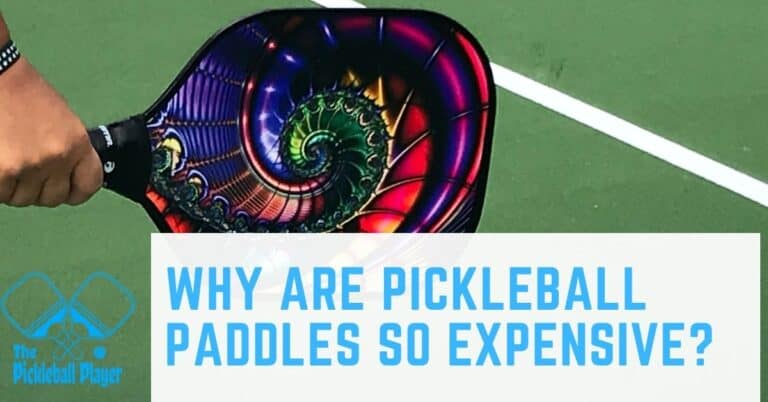