Are you looking for some help with your drop shots? Do you hit the ball too high, that allows your opponent to attack you? Or maybe, you are hitting it so low that it is going into the net.

In any case, we are here to help you. You will learn some basic mistakes players make and how to avoid them. Also, some drills can help you master your pickleball drop shot, which we discuss below.

What is Drop Shot in Pickleball?

Before moving to the pickleball drop shot drills, let’s briefly see what drop shot or third shot drop is? It is undoubtedly the most strategic and complex shot in pickleball.

The drop shot is a soft return of the ball from near the baseline. It goes high, reaches the apex, and lands softly in or near your opponent’s kitchen.

Why Do You Need To Master Drop Shots?

If you are thinking about why you should master such a difficult shot and why not play without it, let us tell you why. In pickleball, the real and decisive game happens near the net. You will be more likely to win if you can control the net.

A drop shot is used to slow down the game. It allows you and your partner to reposition yourself closer to the non-volley zone. There, you have a higher chance of scoring the point than from the back of the court.

Another advantage of a successful drop shot is that it will not bounce very high. Thus, your opponent can’t hit the ball hard and have to use a softer dink to return the ball.

It goes without saying that you’ll need to spend some time doing pickleball drop shot drills to master it. So, you should start your practice to execute your drop shot flawlessly.

Here are some drills you can do to get better at your drop shots.

This simple and common drill gives you the feel and momentum to hit the drop shot.
Get yourself some pickleball balls and stand at the baseline. Try throwing the balls underhand over the net with forehand and backhand positions with your bare hands.

In case you are playing with two right-hand players, this drill will enable you to hit the ball at your opponent’s backhand side.

If you are playing on the left side of the court, put some cones in your opponent’s kitchen to mark your target. Now let the practicing machine hit the ball at you. Try to follow the ball’s trajectory and hit without swinging too hard at your desired target.

Consistency is a key here. The more consistent you are with your hitting, making an apex, and landing at your opponent’s non-volley zone, the better you become at your drop shot.

In this drill, you will use your existing knowledge and practice to develop a new skill. Think of this as a long dink if you are good at dinking. You can start from near the kitchen area and keep going back to the baseline while hitting dinks.

You can mark your imaginary baseline and practice from there. When you get a good hand and consistency from that point, you can move back to the actual baseline.

You are doing the same thing just from far, so the ball’s apex will also move back with you, and you’ll have to make your follow-through higher. Keep in mind to play the ball as a long dink.

Common Drop Shots Mistakes and How to Avoid Them

Before you start doing the drop shot drills, it’s worth looking at the common mistakes to avoid. Most players make the same mistakes while hitting the drop shot. Let’s see what you can do to avoid them.

1. Not Ready With Open Paddle Face

The first mistake that players make is not getting ready with their paddle. Their paddle is either facing sideways or leisurely held on their side. Always stay in place with knees a little bent and weight on your front foot.

Lift the ball with an open paddle face. Remember to lift the ball and let it slide off, even when it is an opportunity to attack.

2. Holding the Paddle Too Tight Or Too Soft

How hard and soft you hold the grip is also very crucial. Players often try to hit drop shots with a very tight grip, which causes the ball to fall in the net or prevents it from making an arc.

Always hold the handle softly. On a scale of 1 to 10, keep the pressure at 3-4 levels—neither too light that the paddle falls off your hand nor too tight that it becomes an offensive shot.

3. Hitting the Ball Too Soon

Another mistake that stops you from hitting the perfect third shot drop is rushing forward and hitting the ball too soon. Doing so drops the ball at your opponent’s feet.

The right time to hit the ball is when it comes down after bouncing from the ground. At this time, lift the dropping ball and move your open paddle from low to high motion.

This is a common mistake that even advanced players often make. When you hit the shot, make sure that the apex of the arc of the ball is before the net. Only then will the ball fall in the kitchen, and your opponent won’t be able to strike. He has to return the ball softly, which is exactly what you want.

If you can follow the trajectory of the ball and height, there is a big chance you will get the third drop shot or drop shot, in general, right.

5. Hitting the Ball into the Net

It is a common mistake and somehow natural for beginner players. When you’re in a hurry to reach the kitchen while moving forward, you might hit the ball into the net.

Or sometimes when you are too worried about hitting the ball high, and as a result, the ball goes into the net. If you let it go higher than into the net, you still have the chance.

Similarly, many players make the mistake of hitting the ball high. As a result, you give your opponent the chance to smash it or return with force. In both cases, it is not a favorable outcome for you.

So, even when you know that ball should land in the kitchen, it’s not that easy to execute it perfectly. The only thing that can make it happen is practice, and that’s why we discussed the pickleball drop shot drills.

There is no doubt that drop shot is a hard skill to master and doesn’t come naturally. You have to keep practicing until you master it.

These drop shot drills we shared with you can be beneficial. Spend some time doing these pickleball drop shots drills, and you will be able to master the drop shot in no time. If you want to become a pickleball pro, it’s a must to have a drop shot in your arsenal. How often does this happen when you and your friends plan to play pickleball but can’t find a pickleball court nearby? Sounds familiar, right? We all know that pickleball is one of the fastest-growing sport around the globe, especially in the USA. But unfortunately, there are only 30,000 pickleball courts, as compared to the 250,000… Even though pickleball is a fun activity that promotes sportsman spirit, players will always find some loopholes in the rules and ways to cheat. You might have seen some players using tactics not prohibited in the rulebook, and yet used with the intention to cheat. If you are here to know how to cheat at… 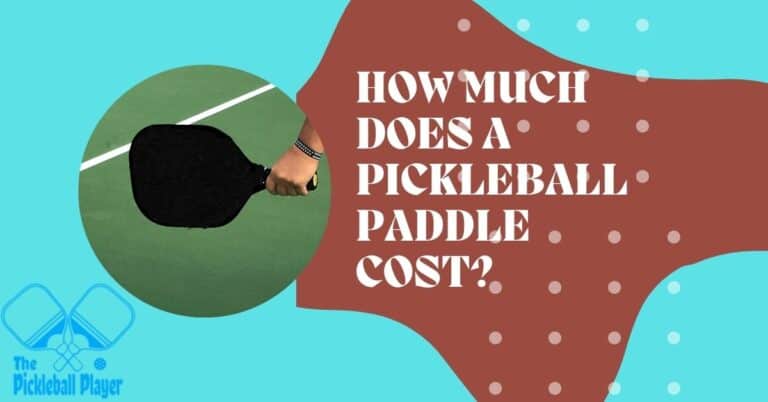 Once you decide to play pickleball, the first thing you are going to need is a paddle. And every beginner pickleball player wants to know: How much does a pickleball paddle cost? So, this article will help you find out how materials and technologies affect the price of pickleball paddles. If you want to know…